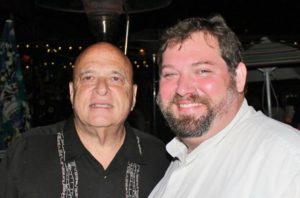 DETROIT- Detroit resident and cannabis activist Greg Pawlowski will be sworn in as the newest member of the Detroit City Planning Commission tomorrow, March 16. The small ceremony will be held at 3pm in Room 200 (Clerk’s Office) of the Coleman Young Municipal Center in downtown Detroit.

Greg is a partner at Detroit-based PARTIE Media LLC; his business credits include management positions with the Nebraska Book Company and the Barnes and Noble family of companies. Greg is a graduate of Manor College in Pennsylvania. His activism credits include work in New Hampshire and Michigan, where he’s been a founder or member of multiple social justice organizations. He is co-founder of, and currently forming, the Cannabis Caucus in the Michigan Democratic Party.

Mr. Pawlowski was part of the Detroit contingent who helped launch the Michigan chapter of Americans for Safe Access. He was approached about the position by members of Detroit City Council President pro tem George Cushingberry’s staff.

Greg is 43 years old and divorced with no children.