NOTE: this article appeared as a column in the Michigan Cannabis Industries Report’s October 2018 issue.

Stock Wars: The Cannabis Strikes Back 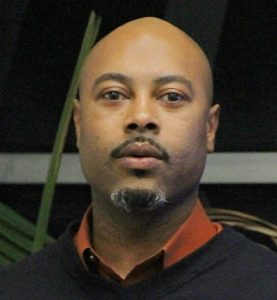 The stock market is a game of chess, not checkers. And, in the game of chess, the player with the best overall strategy typically wins. However, there is always more to the game than mere strategy. Board positioning and ability to see the game develop several moves down, can also prove to be valuable. The game of chess usually starts slowly and picks up over time. Once the game picks up some momentum, there is typically an up and down struggle of points and advantages between players. In some instances, the game can move very rapidly depending on the catalyst. This analogy about the game of chess directly mirrors the pricing movement of a lot of the top “pot stocks.”

If you got into the marijuana penny stocks back in 2013, you made a killing in your portfolio by the beginning of 2014. And conversely, by the end of 2014, if you hadn’t already sold and taken some profits off the table…your portfolio got killed. Remember these hot cannabis stocks: MJNA, PHOT, HEMP, CBIS, ERBB, TRTC? Here today, gone tomorrow. Just like the game of chess, trading stocks is all about strategy and the ability to see what will logically happen next.

After the “pot stocks” hit a bubble, they went silent. Very silent. I mean…like dead silent for years. And, speculators scrambled to look for the next quick fix that would satisfy their aggressive R.O.I. desires. If we study the graphs, it appears that all of the speculation capital that was in the first “pot stock” gold rush, was shifted into BitCoin, LiteCoin, Ethereum and hence the birth of the cryptocurrency craze. And, just like the first “pot stock” bubble, cryptos hit a bubble at the end of 2017. If you invested in BitCoin in December, today you would have already lost over 60% of your money as part of the Blockchain bubble.

4 Questions Jump Out to me:

The first question is the easiest to answer. People are greedy. Everyone is looking for a lottery ticket in the stock market. John Oliver, host of HBO’s “Last Week Tonight” attacks the cryptocurrency craze, stating that: “You’re not investing. You’re gambling.” Oliver further states “Many people are buying coins for no reason other than other people are buying them.” This gambling mentality in the cryptos is the exact same within the “pot stocks.” Just like with the cryptos, the first wave of penny weed stock prices shot up fast with no real logic behind it, other than that other people were buying them.

According to Investopedia, “A bubble…is created by a surge in asset prices unwarranted by the fundamentals of the asset and driven by exuberant market behavior. When no more investors are willing to buy at the elevated price, a massive sell-off occurs, causing the bubble to deflate.” Another word for deflate is crash.

My gut tells me that there is a bubble on the horizon. Most of the prices are grossly overvalued in the cannabis sector and 90% of the companies aren’t even real. However, this time around, I feel like there will be some legitimate companies that will rise from the ashes. There seems to be a difference with this 2nd wave of “pot stocks” heating up. It appears to be several bonafide catalyst that helps justify the surge in speculation:

Even though I am impressed with the above mentioned catalysts as sparks for cannabis industry growth, it is important to keep in mind that any investment can involve risk. No returns are guaranteed. And, the cannabis space has been quite risky over the years. It is critical that you do your homework and necessary due diligence prior to speculating with your money.