published in the MMMReport April 2012. 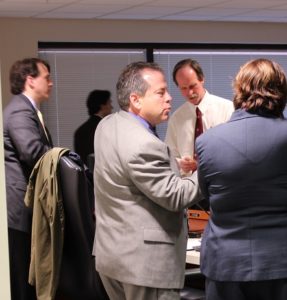 The Michigan House of Representatives has completed Hearings on the four bill package introduced to change the Michigan Medical Marijuana Act and other associated laws. During the Hearings in the House Judiciary Committee testimony was received from governmental organizations, patient’s rights groups, citizens and attorneys. Each group presented differing perspectives on the central theme of the Bills: protecting patients.

From a patient perspective these proposed Bills provide little to no protection themselves. Nine distinct issues are raised in these four proposed bills; of these perhaps three would be seen as a neutral or positive change for those already enrolled in the Michigan Medical Marijuana Act. Adding pictures on the cards simply makes it easier to identify medical marijuana patients and caregivers; since everyone carries photo ID in their wallet or purse this is unnecessary. Forcing the Trier of Fact to hear the section 8 Defense is another proposed change, but attorneys have expressed the possibility that this can be circumvented in Court because the proposed change to the law is unclear. It also ignores the scores of Section 4 Defenses that have been denied registered patients. Changing the registration period to a two year program will help patients if the fees are kept the same, not doubled.

Several proposed changes would seem to compromise patient confidentiality. The MMA contains strict confidentiality clauses, designed to protect patients.  In 2010, then-Attorney General Mike Cox wrote Opinion 7250 in response to a legislative question about hiring a subcontractor to produce the patient and caregiver cards. HB 4834 contains four different proposed changes to the law, and one of them would reverse this decision. Allowing law enforcement to search the MMA database by name and birth day, not just by registry identification number, is another proposed alteration that could lead to a loss of personal information.

Perhaps the biggest change, and the one that has received the most attention in the media, is the definition of a bona fide doctor-patient relationship. Change knows two faces in this debate: LARA, the department responsible for operating the MMA under Governor Snyder, issued new rules for physicians in January but one of the Bills proposed would require a different standard. In the proposed Bill doctors are required to physically manipulate the patient, to keep records, to evaluate all the pertinent history and inform a primary care physician about any cannabis treatments if necessary. The LARA change to the MMA Rules adds additional burdens into the mix, making it difficult for medical marijuana specialists to exist under law and forcing a more extensive evaluation. In this single issue there really is no way to avoid change, as it is already upon us.

Bills are heard in Committee, and if Passed they are then voted on by the full House; if approved they then go to the Senate, where the process is repeated. If both halves of Congress approve the Bill is then offered to the Governor for his signature. With this path in mind the Bills will still face another round of public testimony in the Senate before becoming law. The Senate is an unfriendly house, and our community has not been welcomed in the past.

Like the House, the Senate has a Judiciary Committee as well; most believe that medical marijuana bills will pass through that chamber before being offered to the full Senate. That Committee is chaired by Senator Rick Jones, a former Sheriff that has expressed huge disdain for the medical marijuana community in the past. While debating Senate Bill 017, Senator Jones made vicious rulings and delivered harsh criticism of medical marijuana patients that had attended the public forum. He cut the normal testimony period in half, then limited the amount of time each citizen is given to speak, then eventually called the proceedings off. SB 017 was passed out of Committee on March 8, 2011, but has never been taken up by the Senate as a whole.

Enter the patients and the community. Many of the House and Senate Bills proposed were dropped because of voter response; those that are under consideration have been changed through citizen input; the wacky and obscure Bills will languish and never be heard because of watchdogs in the patient community. Senator Jones has suggested removing Glaucoma from the list of qualifying conditions; the Bill has been voted on and will leave the Judiciary but will not pass the Senate.

In the House, testimony was given over a period of approx. seven hours, of which 130 minutes were devoted to input from the community at large. To be sure, there were patients among the people representing the various groups that took up the majority of the Committee’s testimony phase. The groups approached the issue logically and in a factual manner, where the individual patients reminded the Committee of the healing properties of cannabis and the long trail down Pharmaceutical Lane that lead them to marijuana. Many were brought to tears, and some of the House Representatives were moved by the testimony provided.

Still that may not be enough. Legislators do one thing- make and change laws- and they are hell-bent on doing what they call ‘fixing’ the MMA. Chairman Walsh continually reminded people to contact their Representative, or any of the Committee members, to provide Amendments to the Bills before the Judiciary makes their final vote. This window of opportunity should be taken up by any that feel strongly about the issues but was not able to make it to the Anderson House Building. Write an email, construct a more favorable version of one of these Bills, or make a personal appointment to speak with the lawmakers involved. The time for testimony is over, but the opportunity to give input is still there.

The Legislature is our friend, but some of the people in it are not. This November, prove the popularity of medical marijuana and the saving of lives by voting in candidates that believe as we do, and vote out those that oppose progress and healing. Every County Prosecutor and Sheriff will be up for reelection this fall, and it’s time to tell Oakland, Washtenaw, Sanilac, Lapeer, Kent and other repressive Counties to stop preying on their own citizens. Deny them the tools of oppression by substituting favorable people in these positions. Protect our weakest members by being strong for everyone- raise your voice to the House and raise your pen to vote!