NOTE: this article appeared as a column in the Michigan Cannabis Industries Report’s September 2018 issue.

from the monthly column, “Stirring The Pot” by Malcolm MacKinnon

I’ve never liked the long-trumpeted activist axiom: “If booze and tobacco are legal, marijuana should be, too!”

It’s lazy, false equivalency. These substances don’t have a wide range of purpose. “Social drinking” commonly leads to slowed reflexes, reduced coordination, warped thinking, poor judgment, impaired memory and impaired motor functions. That’s just for starters. And a cigarette is nothing more than a nicotine-delivery system that hooks the user, exposing them to the tars and chemicals present when they inhale burning tobacco.

But cannabis has been proven to be a healing agent for an untold number of physical and psychological ailments and conditions. Industrial hemp offers industrial applications for food, fuel and fiber.

And recreational marijuana? People use cannabis for a wealth of reasons, medical and otherwise, but “getting high” or “getting stoned” are imprecise terms. I’d venture that most people ingest cannabis in order to feel better, not “high.” Whether it’s used to improve appetite, reduce nausea, induce sleep, enhance sex or stoke one’s creativity, I think we may have reached the point where we can finally agree that it’s a benign, non-addictive substance that actually strengthens the fabric of society. But we have a way to go.

A few years ago, I encountered two massive duty-free shops as I was returning from a vacation in Mexico. After clearing security, I proceeded to my departure gate. But in order to get there, I had to pass through not one, but two sprawling, duty-free retail outlets selling booze and tobacco.

If you’re a devoted drinker or smoker, duty-free shops offer great savings. With customs taxes eliminated, consumers can slash 25 to 40 percent off U.S. prices, depending on the international zone in which they’re traveling.

The duty-free stores were impressive, pristine and orderly—colorful, too, with hundreds of bottles sparkling under the bright lights containing top-shelf liquor in every hue of the spectrum. Cigarettes of every major brand were on sale by the carton.

It was one of those “upside down” moments for me. Governments endorse this, but prosecute the manufacture and use of cannabis?

No thinking person can pretend that alcohol and tobacco are healthy substances. And no politician can claim ignorance of the societal damage caused by drinking or the health consequences of tobacco use.

In order to lay the foundation of an industry, the cannabis community is obliged to educate and persuade politicians with evidence that backing our industry makes good economic sense, provides employment and a new revenue stream of taxation. Legalization proponents must confront timid lawmakers who trot out the debunked “Gateway Theory,” while law enforcement chimes in with concerns over increased thefts and burglaries, excessive cultivation, explosions caused by chemical extractions and a spike in homelessness.

In states where the door to cannabis legalization has been opened via voter initiatives, the cannabis industry has frequently found itself under siege, hog-tied by stringent regulations—often arbitrary and subject to constant revision—or heavy taxation that weighs the industry down and keeps the black market healthy.

This is the landscape that activists and prospective business owners traverse daily: a status quo that sanctions legal, harmful “drugs,” despite their clear potential for harm, while continuing to demonize the plant and marginalize the new industry.

When it comes to weathering the imposition of government whim, no state has suffered more than Michigan. In 2008, 63 percent of state voters approved a clear, easily understood medical initiative that proposed doctor-approved use of marijuana by registered patients with debilitating medical conditions including cancer, glaucoma, HIV, AIDS, hepatitis C, MS and other conditions. It also permitted home grow ops for registered medical patients and growers. Most importantly, it provided a shield against prosecution.

More than 3 million voters knew what they voted for. But Attorney General Bill Schuette, now running for governor, has waged his own private war on cannabis since taking office in 2010 and ravaged the industry. In 2013, he declared dispensaries “illegal,” promptly closing 200, and has actually instructed law enforcement to arrest patients, confiscate medical marijuana and let the courts decide whether a crime has been committed.

It’s baffling. The wealth of research on cannabis and the ever-growing consensus in the medical community of its medical benefits should lead thoughtful individuals to reassess their opposition. The hard statistics that reflect reduced crime, fewer traffic deaths and more effective policing due to legalization are widely available for consideration. But politicians willfully ignore and dismiss the evidence. They shirk their duty as our representatives.

In other words, they’ve been elected, but they’re “duty-free.” 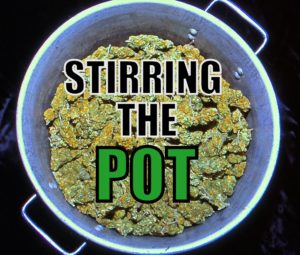 Malcolm MacKinnon is a photojournalist who has covered the cannabis scene since 1991. He is the former editor-in-chief of HIGH TIMES. MalcolmMacKinnon.com